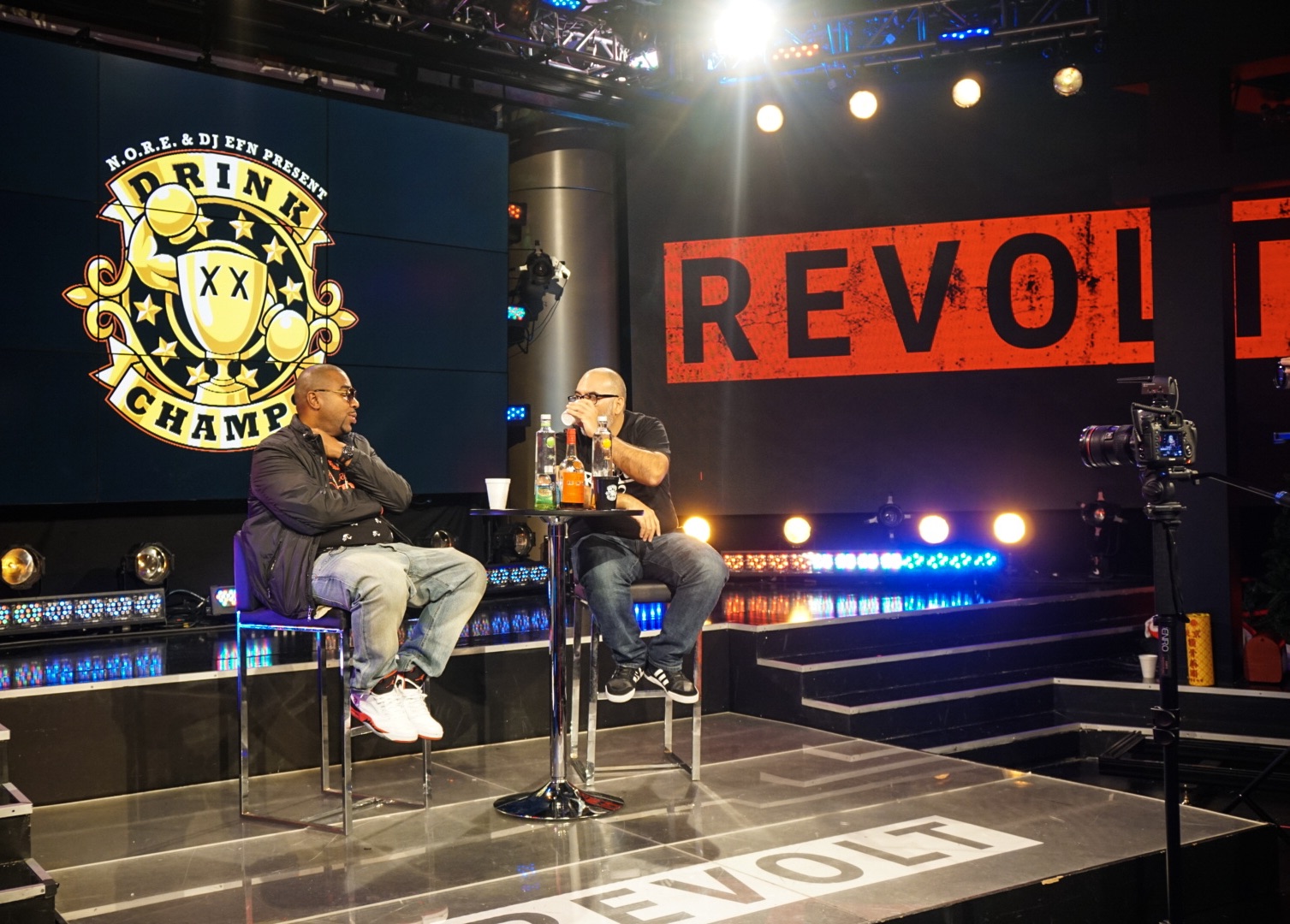 The King of Ciroc has joined forces with a legendary MC who has used the responsible consumption of alcohol to launch his career into a multi-media renaissance.

Sean “Diddy” Combs and his longtime friend N.O.R.E have a huge reason to pop a bottle and toast today. Combs’ REVOLT TV announced that a partnership was formed to bring N.O.R.E’s popular podcast “Drink Champs” to the cable network starting next week.

“‘Drink Champs’ is a movement and revolution,” Nore said in a statement today released to the press. “It’s the new way artists deliver information and even better way for our supporters to receive it.”

Nore’s partner and co-host DJ EFN added, “‘Drink Champs’ allows fans to be a fly on the wall during a conversation they might otherwise not hear or see.”

The “Drink Champs” podcast is part of the CBS Play It network and launched in January of 2016. The popularity of the program has been bubbling over heavy and Nore and EFN now boast an audience of over five million people a month and, some weeks, they’ve been doing over two million listeners.

Artists from Fat Joe, Jadakiss, 50 Cent, Rick Ross and Young Jeezy, KRS-One, and Luke have all come down to the show’s Miami set and engaged in humorous, yet insightful conversation knocking down bottles of alcohol while doing so—hence the name.

“REVOLT is a platform for the culture, and it is my mission to make sure we are always working with content creators who are at the top of their game,” said REVOLT Chairman Sean Combs today. “N.O.R.E. and DJ EFN have created a franchise brand with ‘Drink Champs’ and we are honored to welcome them, and their number one hip-hip podcast, to the REVOLT family.”